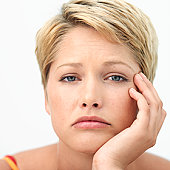 Many Years ago, in the year 1787 at Hampton Sidney College in Virginia, there were three students who prayed out in the woods once a week, in the morning. As you can imagine when the other students found out, they began to make fun and persecute them. The president of the college, John Smith, was so impressed with their commitment that he invited the three young prayer warriors to hold their weekly prayer meeting at his house.

The result of those three young students taking a stand in prayer was two hundred students coming to Christ that first year. By 1795 Yale University was experiencing revival as well. By 1802 one third of the student body converted to Christ. Many say this was a direct response to the seeds that were sown in prayer years earlier.

If you think about it, those three students were nothing but normal students with a tenacious burden for God to move on their campus. They weren’t well known preachers or highly talented individuals. They were normal! History doesn’t tell us that they had anything but a desire and boldness to prayer. And maybe we can’t even say they had boldness because they were praying in the woods, possibly to hide from everyone. But these normal students prayed to a God that holds the whole earth in His hands and history records the rest of the story.

We will probably never know the full impact of our prayers until we get to Heaven. But one thing is certain there is power in prayer. In James 5:16-18 we read, “Pray for one another, that you may be healed. The effective, fervent prayer of a righteous man avails much. Elijah was a man with a nature like ours, and he prayed earnestly that it would not rain; and it did not rain on the land for three years and six months. And he prayed again, and the heaven gave rain, and the earth produced its fruit.” I translate this verse like this, “The persistent powerful prayer of a believer brings radical results.”

God has granted us an unbelievable privilege in prayer. The problem is that many times we don’t understand the opportunity we have. We fall prey to the thoughts and false understanding that we have to be great to do great things for God! In I Kings 18:41-45 it tells how Elijah, instructed by the Lord, tells King Ahab that it wouldn’t rain for years except at his word. We then read in James 5:17 that Elijah prayed and it didn’t rain for three and a half years.

Then the same normal man prayed again and a cloudburst broke the drought. The Bible says that Elijah was a man just like us with the same opportunities and hindrances to his prayers. (James 5:17) In other words, he wasn’t anything special nor was he God’s favorite. He was just a normal person like you and me. Galatians 2:6 tells us that God is not a respecter of persons. He treats us all fairly and equally, therefore if Elijah had that kind of result so can we.

1 thought on “Normal People Can Do Great Things Too!”