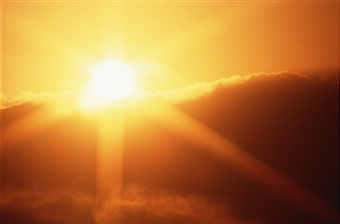 My pager went off at 11:30pm with a message saying I needed to go to a room at the far end of the fourth floor. As a hospital chaplain you never know what kind of situation you will be walking into when the call comes in. In this case I was puzzled when I arrived to a dark empty room filled with an atmosphere of hopelessness that could be cut with a knife. There was absolutely no one in the hall or even near by. A matter of fact, it was a section of the floor that was not occupied other than this empty room with a deceased corpse in it. Needless to say I was confused and

If God had a refrigerator, your picture would definitely be on it!   –   (tweet)

wanted to make sense of this situation and answer the “why”. I began to research and try to pieced together what had happened only to get a more complete understanding a day later when a newspaper article had came out with some details.

The patriarch of a national family company who seemed to have a life of success, notoriety and material gain had fallen into the clutches of suicide. Being at the age that one would think would be delightful and full of enjoyment it was filled with hopelessness to the point of prematurely ending his journey. Unfortunately, this same story is repeated much to often. Many people go through life never really understanding purpose and grabbing ahold of what God thinks about them.

In Jer 29:11 we read God’s thoughts towards us, “For I know the plans I have for you,” says the Lord. “They are plans for good and not for evil, to give you a future and a hope. Did you hear that? God has good plans for you! He’s not up on a cloud somewhere with a hammer waiting to crush you. But has plans for your future filled with hope and goodness. He doesn’t look at you and think evil about you! Actually, the

Many people go through life never really understanding their purpose and grabbing ahold of what God thinks about them.   –   (tweet)

psalmist says in chapter139 of Psalms in verse 17-18, “How precious also are Your thoughts to me, O God! How great is the sum of them! If I should count them, they would be more in number than the sand”. If God had a refrigerator, your picture would definitely be on it! He is thinking of you and has great plans for you. There’s no need to have a hopeless thought ever enter your mind, because the God of the universe is thinking of you all the time and has a wonderful plan for you!

The Greatest tragedy in life is not death, but a life that is wasted never achieving its destiny. And the only way we will achieve our destiny is when we understand what God is thinking about us and choose to embrace it with hope and anticipation.

You were not a mistake or an after thought, but a well planned out purpose of God. In 2 Tim 1:9 we are told that we were on His mind and called with a purpose before time itself. I like what God spoke to Jeremiah in Jer 1:4-6 saying, “Before I formed you in the womb I knew you; before you were born I sanctified you; I ordained you…”. Just like Jeremiah, God has a future full of hope for you.

How awesome is that! God knows you and has separated you for His purpose and decreed you to fulfill your destiny. Instead of becoming hopeless about your future, it’s time to believe what God has said and embrace your destiny with confidence!