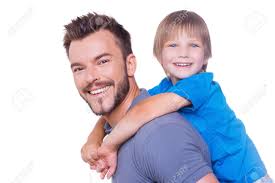 My mother always had me dressed up with a little bow tie and suspenders as well as my hair being slicked back with a gigantic wave in front. I looked like every mothers dream little boy as she took me to Sunday school. I would sit on the small bench with a handful of other kids hearing stories about how much God loves me and that He had a plan for my life. Those flannel graph lessons planted seeds of faith that have grown and bore fruit in my life.

Scripture says in Rom 8:39, that nothing, “shall be able to separate us from the love of God”. Paul gives us a list of things in the earth and outside the earth that clarifies that there is nothing that can separate you and I from His love. Many years

God has always been forthright in showing His intent of being with His people.   (tweet)

later, though I might not be wearing suspenders or a bow tie with a wave in my hair, those foundational truths of God’s love have become an anchor in my life. Yet, His love is so much more than a one-time story that inspires us.

From the front cover to the end of the Bible we see God’s intent and love. In Gen 3:8-11, we read the first story of mankind where we see God walking and talking with Adam and Eve in the midst of the garden. It was a perfect scenario, God wanting to commune and be with His creation. Then at the back of the book in Rev 21:3 where John’s revelation of Jesus gives us a picture of the end of the age we read, “Behold, the tabernacle of God is with men, and He will dwell with them, and they shall be His people”. From the beginning to the end of time itself, along with thousands of years in between God has always been forthright in showing His intent of being with His people.

But unfortunately, when sin entered the world through the disobedience and self-will of Adam and Eve in the Garden it separated us from God. Sending all of mankind in a tailspin in need of a redeemer. At the end of this story in Gen 3:21 we see

One of the greatest truths of Scripture is the fact that God desires to commune with His creation.   (tweet)

God’s heart in the midst of mankind’s epic failure by His immediate covering of them with the animal skin, foreshadowing the shedding of Christ’s blood for our sin, as they were banned from His presence. God began at that very moment to passionately restore mankind back to Him and has continued throughout the ages.

One of the greatest truths of Scripture is the fact that God desires to commune with His creation. Just as in the bible the High priest went in once a year on the Day of Atonement to sprinkle blood for the peoples atonement. Hebrews says Christ Himself has given His own body to be a sacrifice for the appeasement of our sin. He is our High priest who has entered heaven once and for all for us (Heb. 9).

Three of the functions of Jesus as our High Priest are, He offered a perfect sacrifice for our sin, He continually brings us near to God and as our High Priest He continually prayers for us. Jesus is so in love with His creation and desires to walk and talk with them. But because of sin, we were separated from Him in the garden and were in need of a redeemer, which Christ has paid on the cross so we could come back into His presence. It’s been His plan from the beginning!