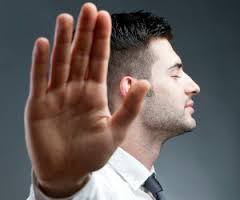 Have you notice the epidemic of people who are offended and living their lives entrenched in the bondage of offences. Maybe it is a friend that out of the blue won’t talk to you or a co-worker that becomes standoffish after your promotion. Maybe it’s even hit closer to your home with a family member who hasn’t communicated with you for sometime. Whatever the scenario might look like most of us have been defiled in someway by offended people.

We read in Matt 24:10-11 Jesus’ words concerning the end of the age, “And then many will be offended, will betray one another, and will hate one another. Then many false prophets will rise up and deceive many”. One of the many signs that He gives them in this dialog is that there will be a noticeable plague of people

Once a person is offended they are dragged down a demonic trail that will open their callused hearts to deception.   (tweet)

who are offended. The word “offended” in this passage means to entrap, to put a snare or stumbling block in the way. The word picture is the lever on a trap that ensnares whatever is enticed. In other words an offence will ensnare and hold in bondage the person that has been offended.

We set ourselves up for offense when we require certain behaviors from those with whom we have relationships. Offenses unchecked will lead to hurts and distortions. A person that chooses to be offended has allowed himself or herself to be entrapped and held captive. Limiting them from being about the fathers business.

We read in Matt 24 verse 10 that once people are offended that it leads to betrayal of each other. Meaning to cast off your commitment or bond that was there before the offence. It even implies to put in prison or bondage. When a person

becomes offended it breaks the bond or covenant one may have and actually imprisons a person in the enemies hold. To betray someone is the ultimate abandonment of covenant!

Unfortunately, we also read in verse 10 that the slippery slope of destruction progresses from just being offended to betrayal and then drops off the cliff of hatred. The word hatred is defined as detesting one another or looking down with a haughty rejection and a dislike. We know in I Jn. 3:15 it says, “Whoever hates his brother is a murderer, …that no murderer has eternal life abiding in him”. Are you paying attention to the seriousness of the path of being offended?

Yet, as we continue to read Jesus’ words in Matt 24:11 we see that there is one more step in this progression of a person that chooses to be entrapped in offence. It says, “then many false prophets will rise up and deceive many”. Once a person has given in to the ungodly decision of being offended it ensnares them and will drag them down a demonic trail that will open their callused hearts to deception. Which means to go astray or wonder off from the path of righteousness. The path of the offended is like Prov. 16:25 portrays, “There is a way that seems right to a man, But its end is the way of death”.

The Bible lets us know that offences will come our way but woe to the offender. (Matt 18: ) The ironic thing about this whole process is that the person that succumbs to being offended will become offenders themselves down the road. Hurt people hurt others and healthy people heal. We have a choice we can be offended or we can forgive. Jesus forgave those who nailed Him to the cross. (Matt. 18:7) I choose to follow Jesus’ example!