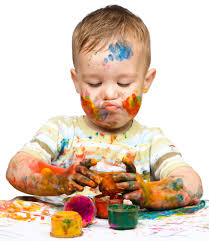 One of my fond memories as a young boy was on the coast of Oregon in the shadows of the sand cliffs as the Sun set on the ocean in the cool of the evening. My parents had started a campfire and we were cooking hotdogs on the beach. It was such a soothing and refreshing moment that I imagine each time I read the story that we find in John 21:6-15.

The passage is of Peter and some of the disciples fishing after Jesus had been crucified. They were devastated and beyond discouraged which drove them back to their old profession of commercial fishing. And to add salt to their emotional wounds, they were catching no fish.

Out of their hopelessness they obey a person they don’t recognize, who tells them to throw their nets on the other side of the boat. That’s as audacious as if a quarter back in the NFL would take instructions from a fan in the second tier of the stands. Yet they obeyed and caught a net breaking catch of fish. John cries out it is the Lord and the radically spontaneously actions of Peter confirms his agreement. He grabs his cloak puts

Peter was pushed to the point of quitting and going back to his old life style of fishing after the shame of feeling like a failure. –  Tweet

it on and jumps overboard to be the first one to the shore where the resurrected Jesus has a fire prepared for them. As they all get there with their catch of fish, Jesus begins to cook breakfast for them and pointedly asks Peter three times if he loved Him. Once Jesus gets Peter to confess his brotherly love for Him, Jesus confirms the commission that was on his life, to feed the followers of Jesus.

This story all by itself stirs me, but when we understand the past events in Peter’s life it comes alive with the very mercies and love of God. You see Peter had just royally blown it! In John 18:16-28 we read in the midst of Jesus being falsely accused and on trial, instead of defending Jesus, Peter denies Him three times as he warms himself by a fire outside.

I believe it was this event and a whole list of other mess-ups that finally tipped Peters emotional wagon. He was the one who had gotten his eyes off of Jesus and on the waves beginning to sink. (Matt 14:23-32) Remember he also was the one who cut the ear off the High Priest’s servant (Jn 18:10-11) and at the mount of Transfiguration put his foot in his mouth. (Matt 17:2-7) We can’t deny the blooper when he rebuked Jesus for talking about His death. (Mark 8:31-33) Then who can forget about Peter and the disciples sleeping through the prayer meeting even after Jesus woke them up three times in this most crucial time. (Matt 26:41-46)

So you can definitely understand how Peter once he saw the evidence that Jesus was raised from the grave (John 20:6-8) could have become overwhelmed thinking he was a failure! Pushing him to the point of quitting and going back to his old life style of fishing. (John 21:3-4) That brings back to where we started, on the beach with Jesus cooking breakfast. Peter was devastated and convinced he was the all time failure. Yet Jesus was setting Peter up, wanting to take his mess-up and use them as a set-up for his come back. There on the beach was a fire and then three times Jesus had him say that he loved Him to replace the three denials and commissioning him to feed God’s sheep. In Acts we see Peter was then used to preach the Gospel message where three thousand came to believe in Jesus! (Acts 2:14-15)