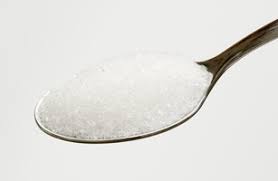 I refuse to think that I was the only kid that would fake being sick for the sole purpose of getting a spoon full of sugar. It wasn’t until sometime later when I saw the popular Disney movie called “Mary Poppins” that I realized that my mother along with many probably adapted the same method of dowsing a little medicine with sugar just like the song in the movie. It was such a catchy jingle that most of us can sing it to this day, “A spoon full of sugar helps make the medicine go down”. My

question is does the little bit of sweet really help or hurt in the long run? Have we sweetened the medicine so much that now society doesn’t want the medicine anymore just the sweets? What seemed like a good idea might have had some serious consequences.

The message that Sin destroys but the Savior restores when there is Serious repentance must be preached!

we have put so much sugar on the message of Christ that we have lost the power of the cross in the church today! Some of our worship services have become nothing more than a Disney production! It might look as if they are useful and productive, but are powerless and un-effective. Salt that has lost it’s usefulness is how Jesus described it. (Matt 5:13) He says we are the salt, but when the salt looses its flavor it’s useless and should be tossed out. The flavor is the message of the cross, the death, burial and resurrection of Christ! The message that Sin destroys but the Savior restores when there is Serious repentance must be preached!

Many have veered from scripture and jump on the bandwagon of “feel good tickle my ear messages”. It might line up people at the door of the church but does it really bring a lasting change in peoples lives? I believe it’s time for the church to wake up and line up with the Word of God. We are called to be reflections and ambassadors of Christ.

In His letters to the seven churches Jesus tells the church of Laodicea in Rev 3:16-17 “…because you are lukewarm, and neither cold nor hot, I will vomit you out of My mouth”. Jesus goes on to say that this church was basically coasting along with a mentality of satisfaction and contentment. They arrogantly thought they had everything they needed yet Jesus says in verse 17 that they “…are wretched, miserable, poor, blind, and naked”. What they thought and what was reality was very opposite to the truth. Because of this self-sufficient attitude Jesus declares He will spew them out of His mouth, representing His disapproval as one does with bad flavored food. Have we produced congregations with that same type of attitude and ineffectiveness?

We need to have such a passion and love for God’s word that we will cry out saying, “give it to us straight with no additives”. Our message doesn’t need to be covered in sugar or ear tickling, but full of truth. In John 8:32 it says, “And you shall know the truth, and the truth shall make you free.”

The abrupt and sometimes screeching sounds of the trumpet would definitely wake all that were sleeping. Even though some would put their heads under pillows and others would moan at the startling noise, the job of arousing the sleeping was done. It was my friend who had what we referred to as the privilege to blow the trumpet at “Kids Camp”. He was admired by some and despised by others. One morning I was given permission to go with my friend to blow the morning trumpet where I quickly realized it wasn’t just a fun time, but was a serious job with huge responsibility. If we overslept or were late there could be serious consequences for many people.

Whether it’s a city’s tornado siren or all the way down to a household security system, the sounding of alarms have been strategic in guiding people throughout our society for many years. The scriptures themselves reveal the importance of sounding the trumpet or alarm.

It’s time to take our head out of the sand and blow the trumpet of truth in our land.  (tweet)

In the book of Joel we read where the prophet says, “Blow the trumpet in Zion, And sound an alarm in My holy mountain!” In the midst of judgment and devastation in the southern kingdom the prophet Joel exhorts Judah not to get side tracked at their current tough situation but to sound the alarm. Gathering the people together to fast and cry out to God. They were moving away from the ways of God and now being called to return back to the Lord.

In the same manner the church is called to be a trumpeter to our generation. It says in Isa 58:1 “Cry aloud, spare not; Lift up your voice like a trumpet; Tell My people their transgression”. We have been commissioned to be God’s alarm in the earth.

It’s time to take a stand and blow the trumpet of truth in our land. It doesn’t take a brain scientist to diagnose the deteriorating symptoms in America as the result of self-indulgence and rejecting God’s statues.

We are not responsible in how they respond to our message but we will be held responsible if we do not sound the alarm!    (tweet)

We live in a time of history where confusion and immorality run rampant and is becoming the norm. Therefore, it’s time for every believer to get their head out of the sand and be about God’s business. God is calling His people to shout the warning cry and wake up those that have fallen asleep spiritually. We must line END_OF_DOCUMENT_TOKEN_TO_BE_REPLACED 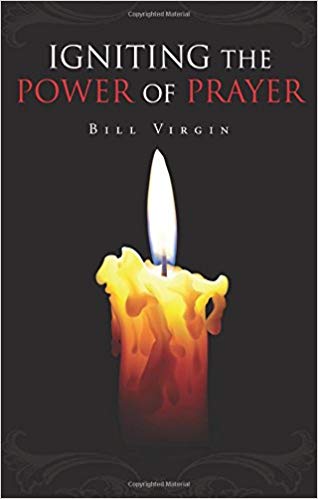